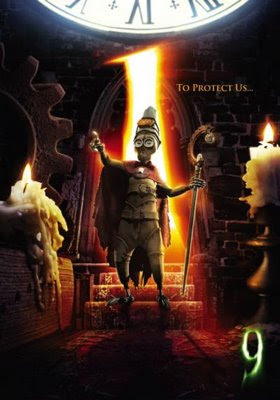 Adapting Acker's 2005 computer animated Academy Award-nominated short film, the new movie will be distributed by Focus Features, following a 'sentient' rag doll, the last of its kind, living in the ruins of a decaying parallel world, hunted relentlessly by a mechanical beast that has already killed eight other rag dolls by stealing their souls with a canister-like talisman. 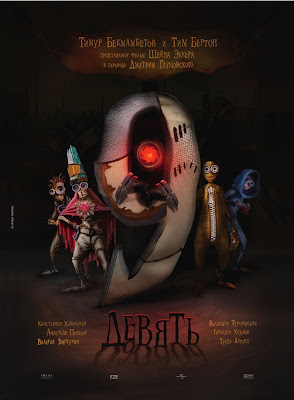 Rag doll '9', accompanied by his friend and mentor, the one-eyed '5', scavenged the ruins of their world in search of tools that would help them survive, before the monster suddenly appeared and attacked 5, stealing his soul, with 9 narrowly escaping. 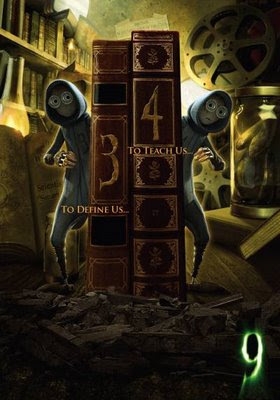 In an attempt to destroy the monster, 9 prepares a trap, luring the monster into an old building where it is briefly subdued, allowing 9 to steal its talisman. 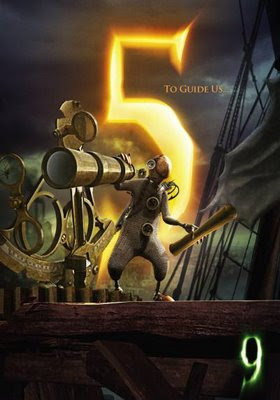 But the monster breaks free and chases 9 through the building, cornering him onto a wooden plank elevated high above the floor. 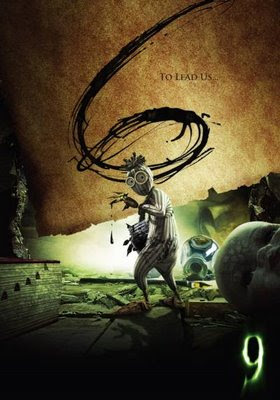 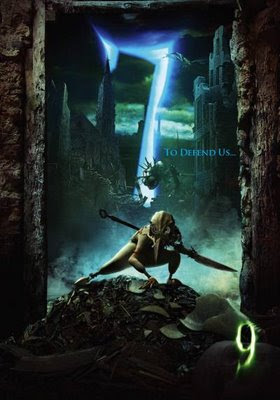 After setting up a memorial for the other rag dolls, 9 puts two talismans together to create a larger canister that releases the souls of all the monster's victims, including 5. 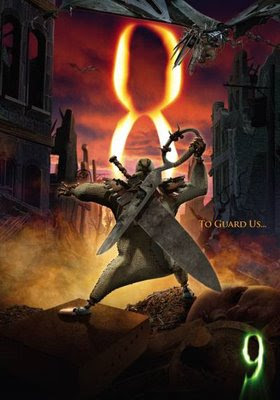 Before vanishing, 5 turns to 9 and gives him an approving one-eyed wink and a nod, with 9 setting off for parts unknown, leaving the canister behind... 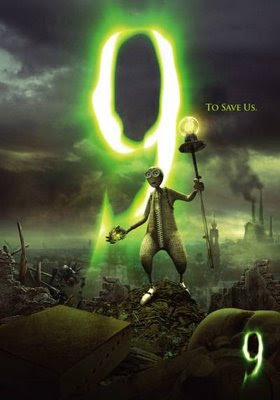