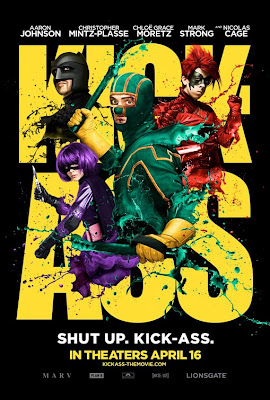 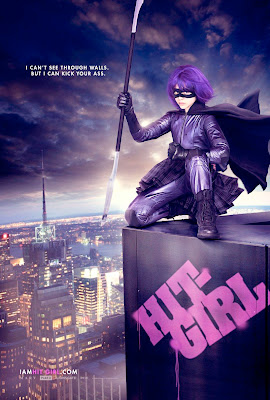 The film is based on the 8-issue "Kick-Ass" mini-series created by Mark "Wanted" Millar and John Romita Jr. following a comic book fan who decides to become a costumed crime-fighting vigilante. Along the way, he meets up with other vigilantes including 'Red Mist' and father-daughter team 'Big Daddy' and 'Hit Girl' .

Visually, Vaughn wanted to make a bright and glossy film', "...so what happens in the film is shocking, not the style...", he said.
"I just let the characters do the dark stuff and let the lighting be... I just thought it would be interesting to juxtapose the look and the action... " 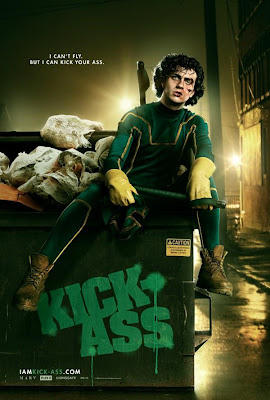 Vaughn acquired film rights to "Kick-Ass" for his Marv Films, when the "Kick-Ass" comic book was first released February 2008, then financed the film independently after "every studio turned it down". "Kick-Ass" is co-produced by Brad Pitt, Dede Gardner and Jeremy Kleiner for Plan B. 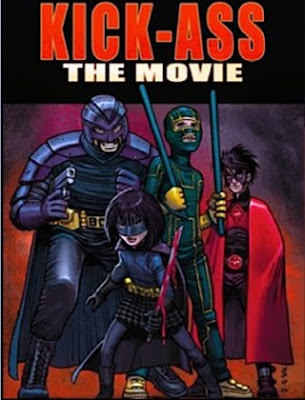 Premise of "Kick-Ass" follows 'Dave Lizewski', a New York City high school student, who takes an interest in comic books as inspiration to become a vigilante hero, assembling a suit and mask, worn under his normal clothing.

His first attempt at fighting crime results in Dave being beaten and stabbed, then wandering dazed through the streets before being hit by a car. But determined to retain his secret identity, he hides his costume before paramedics arrive. 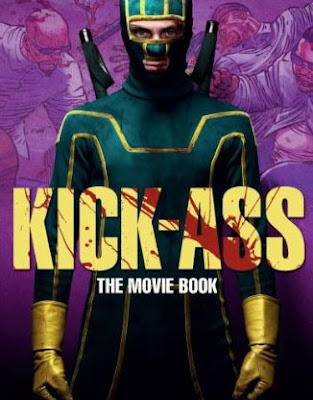 Dave tells his father he was 'mugged', before undergoing four operations followed by intense physical rehabilitation. Weeks later, bruised but undaunted, Dave tosses his crutches, dons his costume and takes off again for 'patrol'. 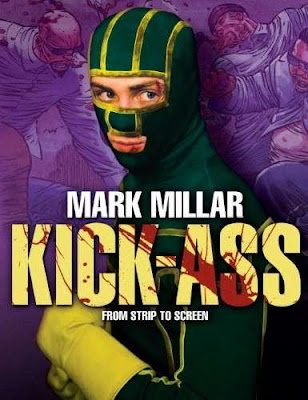 After saving a man in need of assistance, an onlooker films the scene on a cellphone camera and uploads it to YouTube, turning Dave Lizewski into an instant media sensation called 'Kick-Ass'. 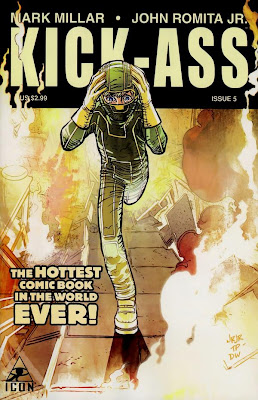 Click the images to enlarge and Sneak Peek "Kick-Ass"...