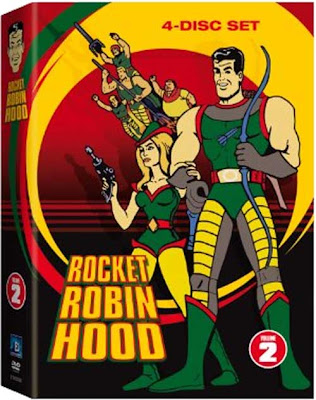 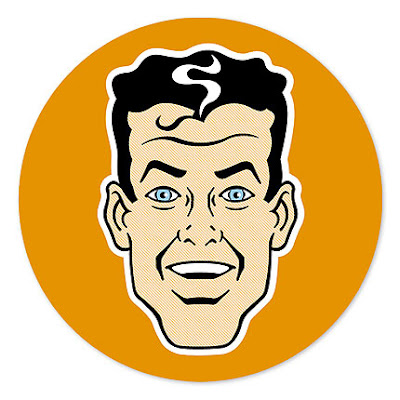 "...'Rocket Robin Hood' leads his 'Merry Men', including 'Little John', 'Friar Tuck', 'Will Scarlet', 'Maid Marian' and other characters from the classic story of 'Robin Hood'. They live in the year 3000 on 'New Sherwood Forest Asteroid' and are determined to foil the despotic plans of 'Prince John', the 'Sheriff of N.O.T.T.' ('National Outer-space Terrestrial Territories') and other villains including 'Dr. Medulla', 'Manta', 'Nocturne' and the 'Warlord of Saturn'..."
"Rocket Robin Hood" will be release May 18.
Click the images to enlarge and Sneak Peek "Rocket Robin Hood"...