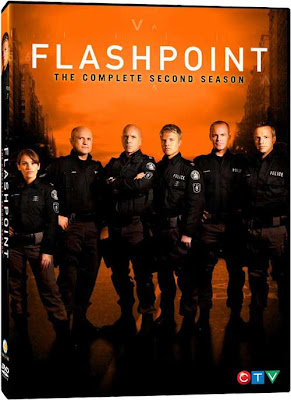 Phase 4 Films reports that the DVD release of the complete second season of the Toronto-lensed TV series "Flashpoint", will be November 16, 2010. 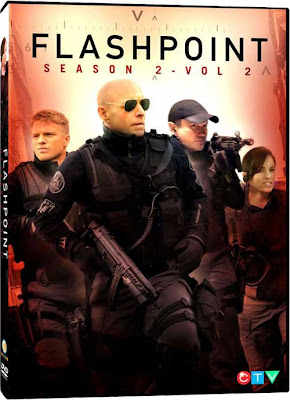 Concurrently with the release of the complete second season, Phase 4 Films will release 'Season 2, Volume 2' of the series. 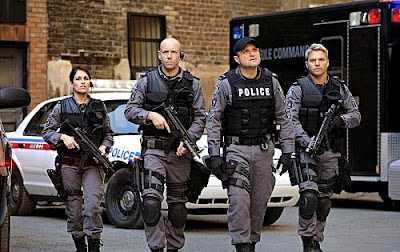 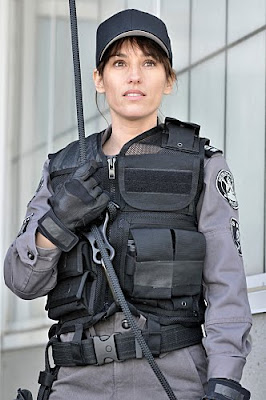 "...'Flashpoint' is a dramatic action series that depicts the risk-filled lives of members of the 'Strategic Response Unit' (SRU) - an elite team of tactical police officers who specialize in high-risk critical incidents. Highly trained in both tactics and psychology, this team thrives under pressure, making split-second decisions while lives hang in the balance..."
The series airs on CTV in Canada and CBC in the US, produced by Pink Sky Entertainment Inc. and Avamar Entertainment Inc., in association with CTV and CBS Television Studios, Inc., executive produced by Anne Marie La Traverse and Bill Mustos. The show was co-created by Mark Ellis and Stephanie Morgenstern.
Click the images to enlarge and Sneak Peek "Flashpoint"...