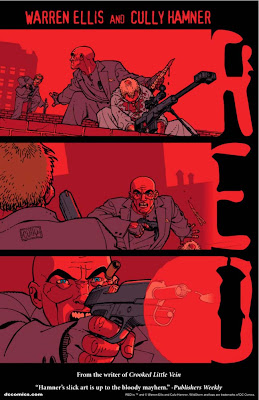 "...Warren Ellis's fast-paced tale of intrigue and revenge is back in a new edition collecting the 3-issue miniseries under a new cover by Cully Hamner that also includes the script to issue #1 and never-before-seen developmental art by Hamner! 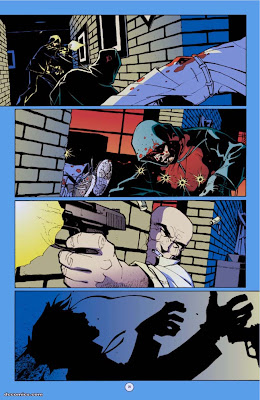 "As a C.I.A. operative, the 'talent' that 'Paul Moses' has, took him around the world from one hotspot to another, carrying out the deadly orders of his superiors. When he retired, he wanted to put his bloody past behind him. But when a new administration takes over the White House, the powers that be decide that Moses knows too much, forcing him back into the game against the agency that trained him..."
Click the images to enlarge and Sneak Peek "Red"...