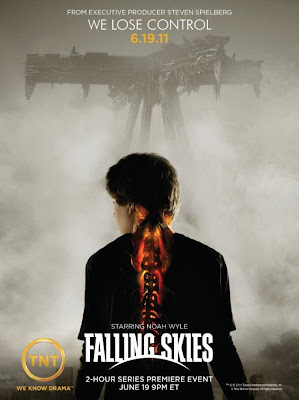 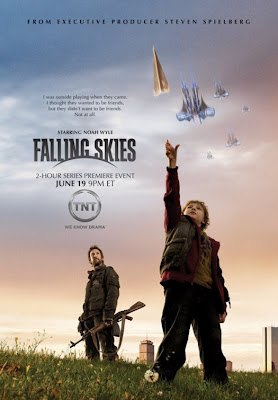 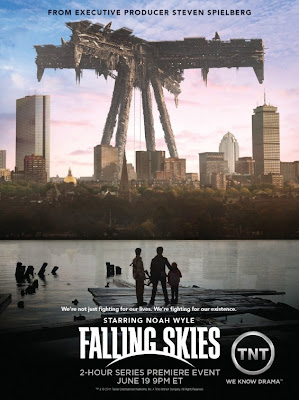 The new Second Season episodes will air in 2012. 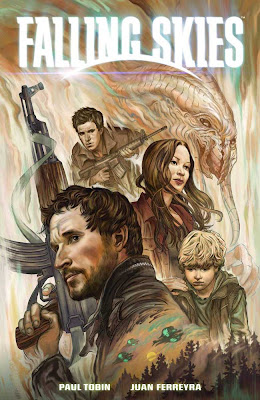 In other "Falling Skies" news, Dark Horse comics will launch a graphic novel series, based on the show, available July 13, 2011, written by Paul Tobin, with illustrations and cover by Juan Ferreyra/Andrew Dalhouse :

"...In the heart of Boston, following the devastating events of an alien invasion, history professor 'Tom Mason' and his sons 'Hal', 'Matt' and 'Ben' are just trying to survive. After an extreme firefight with the aliens, Ben gets kidnapped. Determined to get his son back, Tom joins forces with the second 'Mass', a militia group that is taking the fight against the aliens. But with the group's munitions supplies running low, Tom must locate an old friend to equip him and his team in order to ensure the survival of the human race..." 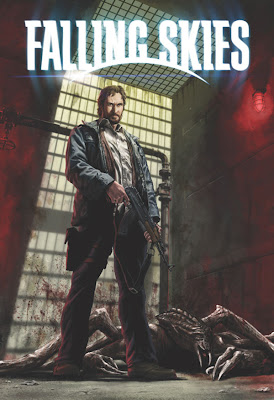 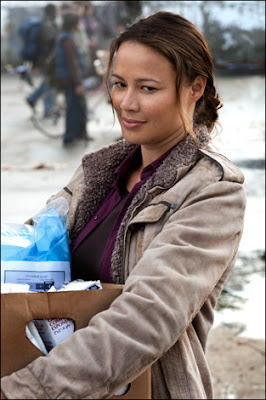 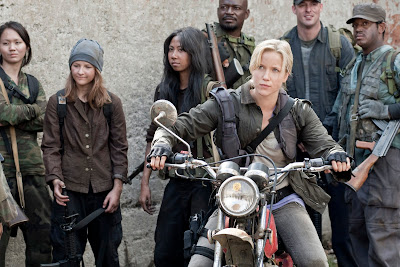 "...'Falling Skies' opens in the chaotic aftermath of an alien attack that has left most of the world completely incapacitated. In the six months since the initial invasion, the few survivors have banded together outside major cities to begin the difficult task of fighting back. Each day is a test of survival as citizen soldiers work to protect the people in their care while also engaging in an insurgency campaign against the occupying alien force. 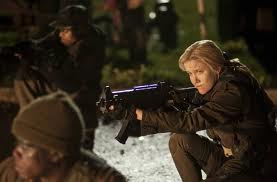 "...'Tom Mason' (Wyle) is a Boston history professor whose family has been torn apart. His wife was killed in the initial attack, and one of his three sons has been captured. Determined to get his son back and to ensure the safety of his other two sons, Tom must put his extensive knowledge of military history to the test as one of the leaders of the resistance movement known as the '2nd Mass', constantly trying to gain intelligence about the aliens in order to outsmart and overtake them..." 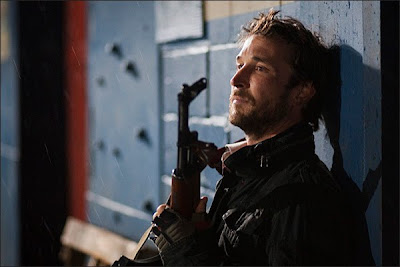 There are two types of aliens in the series named 'Skitters' and 'Mechs'. Combining live action and SFX, the Skitters have spider-like bodies, while the robotic Mechs stand upright and can shoot bullets from their arms. 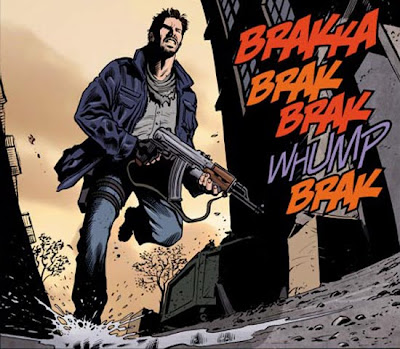 Along with Spielberg, "Falling Skies" is executive produced by DreamWorks TV's Justin Falvey and Darryl Frank. Robert Rodat ("Saving Private Ryan") wrote the pilot from an idea he co-conceived with Spielberg. Mark Verheiden ("Battlestar Galactica") and Greg Beeman ("Smallville") are co-executive producers, with the pilot directed by Carl Franklin ("Out of Time"). 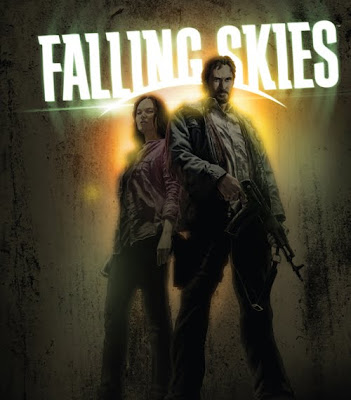 Click the images to enlarge and Sneak Peek "Falling Skies"...

The live-action superhero TV series "The Umbrella Academy", based on the Dark Horse Comics title, by Gerard Way and Gabriel Bá, ha... 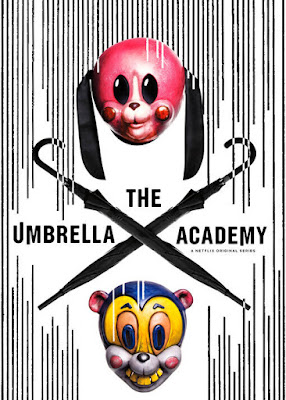