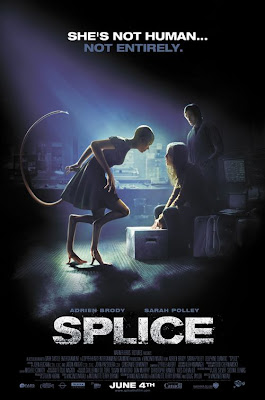 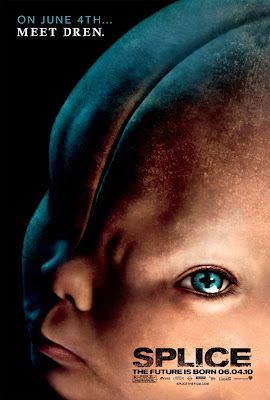 Directed by Vincenzo Natali, "Splice" was picked up for distribution by Joel "Lethal Weapon" Silver and his Warners-based Dark Castle label, after the North American debut of the France-Canadian co-production @ the 2010 Sundance Film Festival, in the 'Park City At Midnight' program.

Named 'Dren', the creature develops from a deformed female into a beautiful winged creature, forging a bond with both creators.

Warners will release "Splice" June 4 on 3,000 screens, with marketing support, budgeted between $25-40 million.

Dark Castle is optimistic that the genetic mutation thriller will be the next box-office busting "Paranormal Activity".

Click the images to enlarge and Sneak Peek "Splice"... 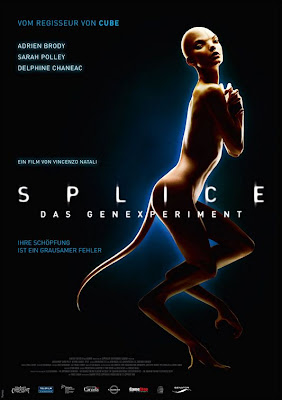