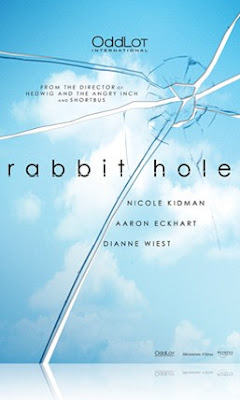 In another major film acquisition @ TIFF, Lionsgate has picked up North American rights to the drama "Rabbit Hole", targeting a December 2010 release in time for awards season. 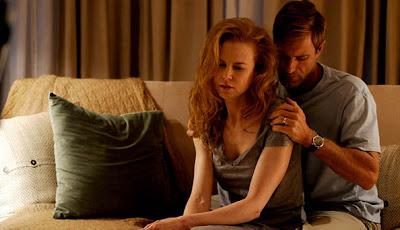 Additional producers include Olympus Productions' Leslie Urdang, Dean Vanech and Odd Lot Entertainment's Gigi Pritzker.
"...'Howie' (Aaron Eckhart) and 'Becca Corbett' (Kidman) are a happily married couple whose perfect world is forever changed when their young son is taken from them in a tragic accident. As Becca redefines her place among friends and family, she finds solace in a mysterious relationship with the young driver (Miles Teller) of the car that killed her son..."
Click the images to enlarge and Sneak Peek "Rabbit Hole"...