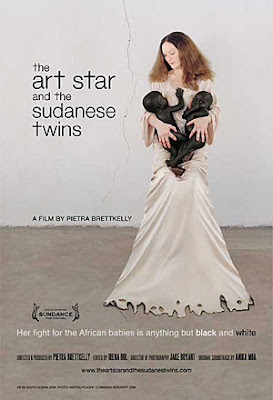 "The Art Star And The Sudanese Twins" follows Vanessa Beecroft’s intentions to adopt orphaned twins, and how it affects her art and personal life.

"...Pop star of the art world, Vanessa Beecroft is determined to adopt orphaned twins, an intention that bleeds into her art and reveals her volatile relationship with her husband. Alongside the adoption process Vanessa photographs herself breast feeding the twins, creating her own artwork. Like Angelina and Madonna, Vanessa is a white westerner intent on rescuing third world babies. But at what cost to her personal life?..." 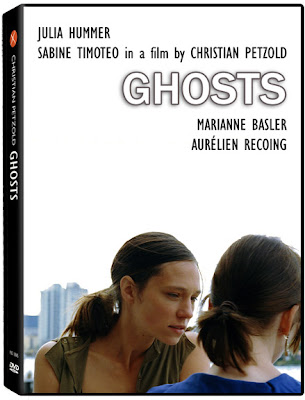 In "Ghosts", a 17 year-old girl left on her own, creates an intriguing journey to meet a new companion and reunite with her mother.

"...Nina (Julia Hummer) is a vulnerable 17-year old, alone in the world except for the social workers who run her life. She finds an ally in reckless Toni (Sabine Timoteo), a tough young woman who grabs what she wants to survive. Together they experience a fleeting moment of intimacy, an instant of happiness. Françoise (Marianne Basler) has returned regularly to Berlin where her baby daughter was kidnapped many years previously. In the street she spots Nina and becomes convinced that she has found her long-lost child..." 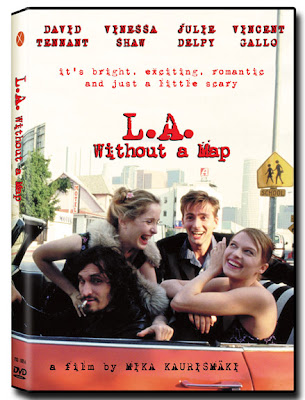 Mika Kaurismäki’s "L.A. Without A Map', a 'fish-out-of-water' story shows life in Southern California is far from straightforward.

"...When Scottish undertaker Richard (David Tennant) is smitten with beautiful American tourist Barbara (Vinessa Shaw), he leaves his dull life behind and follows her back to Los Angeles. Thrown in at the deep end (and unable to drive), he discovers that life in Southern California is far from straightforward. A hilarious fish-out-of-water love story with some surprising guest stars including Johnny Depp, Anouk Aimée, Leningrad Cowboys, Amanda Plummer, Jerzy Skolimowski and Monte Hellman..." 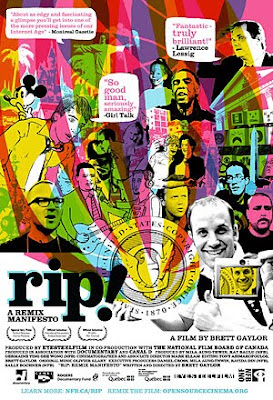 "RiP! A Remix Manifesto", is the controversial feature that introduced the world to mash-up artist 'Girl Talk' and the 'Copyleft' movement.

"...Web activist and filmmaker Brett Gaylor explores issues of copyright in the information age, mashing up the media landscape of the 20th century and shattering the wall between users and producers. The film’s central protagonist is Girl Talk, a mash-up musician topping the charts with his sample-based songs. But is Girl Talk a paragon of people power or the Pied Piper of piracy? Creative Commons founder, Lawrence Lessig, Brazil’s Minister of Culture Gilberto Gil and pop culture critic Cory Doctorow are also along for the ride. A participatory media experiment, from day one, Brett shares his raw footage at opensourcecinema.org, for anyone to remix. This movie-as-mash-up method allows these remixes to become an integral part of the film. With RiP! A Remix Manifesto, Gaylor and Girl Talk sound an urgent alarm and draw the lines of battle..." 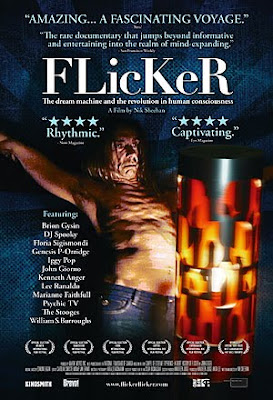 "...The dream machine looks simple enough: A 100-watt light bulb, a motor, and a rotating cylinder with cutouts. Just sit in front of it, close your eyes, and wait for the visions to come. The dream machine offers a drugless high that its creator – poet, artist, calligrapher and mystic Brion Gysin – believed would revolutionize human consciousness. He wasn't alone. Kurt Cobain had a dream machine. And William S. Burroughs thought it could be used to “storm the citadels of enlightenment.” With a custom-made dream machine in tow, director Nik Sheehan takes a journey into the life of Brion Gysin – his art, his complex ideas, and his friendships with some of the 20th Century's key counterculture figures. Featuring Burroughs (in archival footage) singer Marianne Faithfull, singer/artist Genesis P-Orridge of Psychic TV, poet John Giorno, rocker Iggy Pop, filmmaker Kenneth Anger, and artist/turntablist DJ Spooky..." 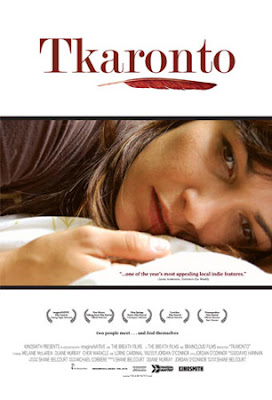 "...Tkaronto is a provocative exploration of two Aboriginal thirty-somethings caught in the urban crossroads. Ray (Duane Murray) and Jolene (Melanie McLaren) discover an unexpected connection when their paths’ cross in Tkaronto (the original Mohawk word for “Toronto”). Ray, a Métis writer, has come to Toronto to pitch his TV series, Indian Jones, which is promising to be the big break Ray needs, especially with a pregnant girlfriend back home. Jolene, a Los Angeles-based Anishnabe painter, is passing through Toronto to conduct an interview with a prominent Elder Max (played by Corner Gas’s Lorne Cardinal) and is suddenly taken aback when Max presents her with an eagle feather, an honour that she feels unworthy of. For Jolene and Ray home feels very far away. But through their chance meeting they reveal their hopes, dreams, fears and failures and realize their common struggle: to stake claim to their urban aboriginal identity..." 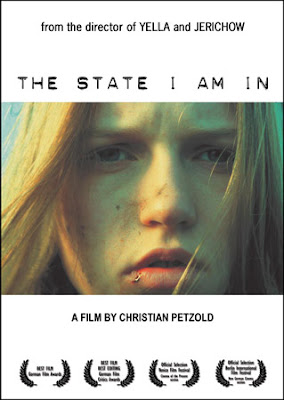 "The State I Am In" is a gritty feature directed by Christian Petzold.

"...A couple with a terrorist past (Richy Müller and Barbara Auer) have been living on the run for 20 years and have a 15 year old daughter, Jeanne (Julia Hummer), who has never known a normal childhood. When their money is stolen, they are forced to return secretly from Portugal to their native Germany, undertaking a journey during which Jeanne’s teenage development coincides with the disintegration of the family cell..."

The company has released more than 80 feature films in two years, with its current roster including theatrical releases "Unmistaken Child", "Delta", "Enlighten Up!", "Departures", "Little Ashes" and "Burma VJ".

KINOSMITH INC. is an independent Canadian film distribution & marketing company founded in February 2007 by distribution veteran Robin Smith. With a mandate to bring critically-acclaimed Canadian/international films to audiences across the country, the company also provides marketing advice to productions in development and in the can, currently acting as Executive Producer on a variety of upcoming Canadian feature films and television projects...